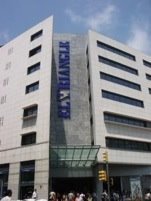 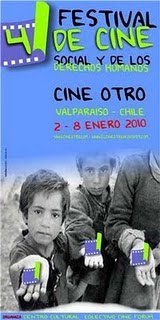 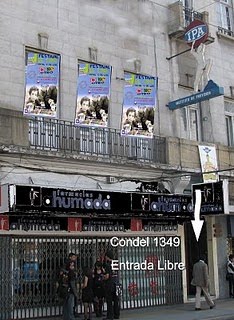 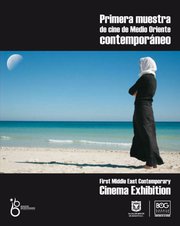 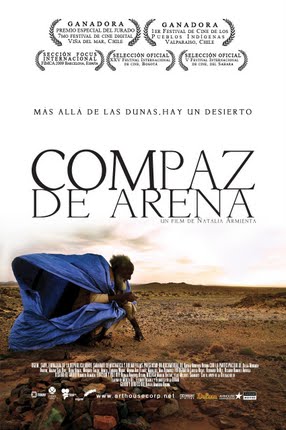 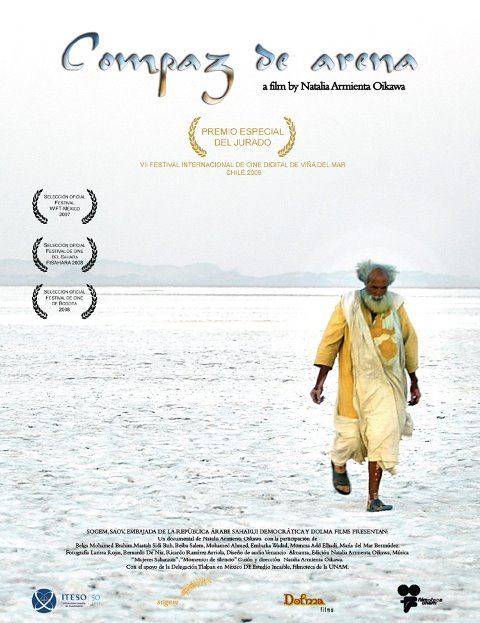 A team of Latin American filmmakers decide to across the world in search of one of last nomadic Beduin, capable of guiding caravans across a sea of sand and to lead to finding the most ancient cave paintings of the world between other marvels. But on having come there, they met people that has been expelled from their country, a war that for not having media means, “does not exist “. Traditions, experiences and history that vanishes in the exile. It is a history full of magic and feeling, wrapped in the wonderful landscapes of the great Sahara desert , in north Africa. This team manages to cross the liberated territories disregarding 10 million mines, temperatures of up to 180 ° and little food to testify the spirit of great people, their culture, tragedy and their similarities with us. 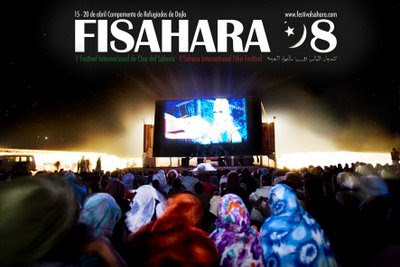 Bardem swaps red carpet for sand
EL PAÍS, 19 April 2008
The actor is part of a strong Spanish contingent supporting Saharawi film festival
The world’s only film festival to be held at a refugee camp opened Friday in the Algerian desert. Several prominent actors and directors from Spain, including the Oscar-winning Javier Bardem, are scheduled to attend Fisahara, the International Film Festival of Western Sahara.
The festival, which seeks to draw public attention to the Sahrawi people’s plight in the disputed territory of Western Sahara, is taking place in Dajla, the remotest of the five refugee camps located near the remote southwestern Algerian town of Tindouf. Located 150 kilometers from the camps’ makeshift capital, Rabouni, to get to Dajla you have to cross 40 kilometers of sand and stone that Sahrawis call hammada, or the desert of deserts. 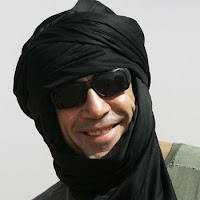 Although the territory is little more than a sparsely populated desert flatland, the former Spanish colony of Western Sahara has been a subject of bitter dispute ever since Spain moved out in 1976 and Morocco extended control over most of the land. A UN-sponsored project to create an autonomous region was rejected by Morocco and by the Polisario Front, a nationalist group that demands independence for Western Sahara.

“More than 32 years later, the refugees are still enduring an unjust exile. There are approximately 200,000 people, mostly women, children and youths, living in precarious and extremely hard conditions in the most inhospitable region of the desert,”
The event also provides a chance for the Sahrawi Arab Democratic Republic, a Polisario Front-controlled government-in-exile, to get in some media time, as the festival will be officially inaugurated by the republic’s prime minister, Abdelkader Taleb Omar, and closed by self-styled president, Mohammed Abdelaziz.
Spanish filmmakers have been involved in the project from its inception five years ago, and the list of past contributors reads like a Who’s Who of the cinema and theater world: Pedro Almodóvar, Verónica Forqué, Maribel Verdú and a long etcetera. In fact, the festival director is a Spanish filmmaker, Javier Corcuera.
This year, as usual, the festival will feature several Spanish films such as Chaotic Ana, by Julio Medem, Icíar Bollaín’s Mataharis, Thirteen Roses by Emilio Martínez Lázaro or Beneath the Stars by Félix Viscarret, as well as productions from other countries including Britain (Ken Loach’s In a Free World), Lebanon (Caramel by Nadine Labaki), France (Lawrence Chevalier’s Momo) and Mexico (Compaz de arena by Natalia Armienta). The festival, which also includes documentaries, animated features, workshops and debates, will end Saturday with a concert by the French-Spanish singing star Manu Chao. 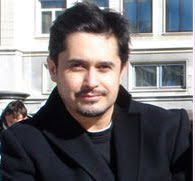 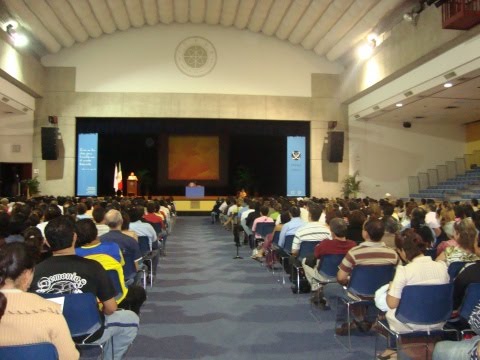 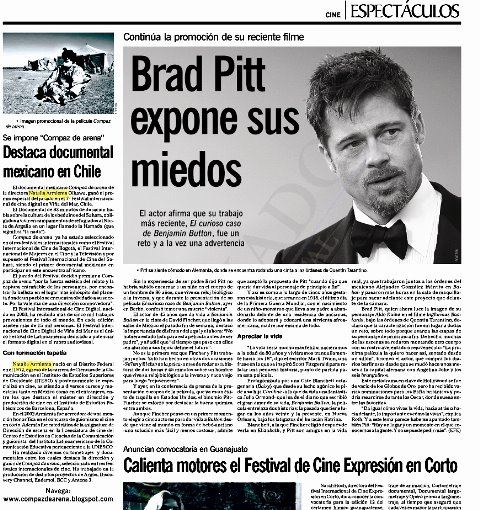 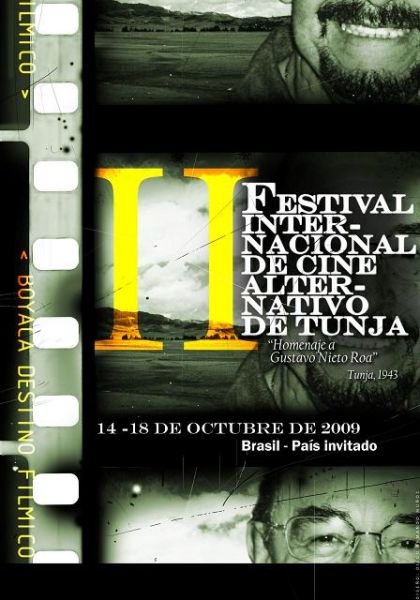 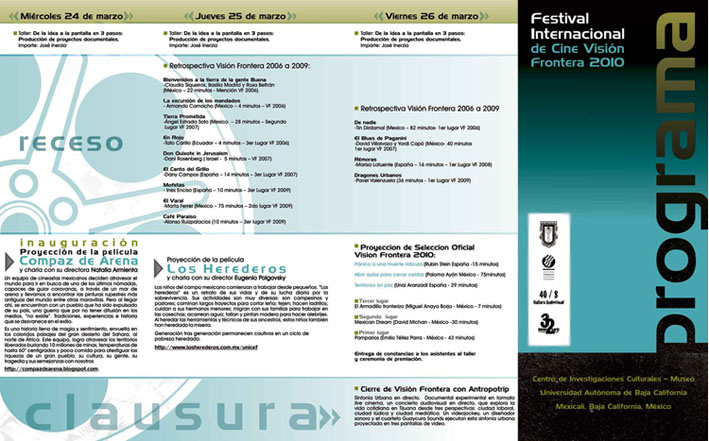 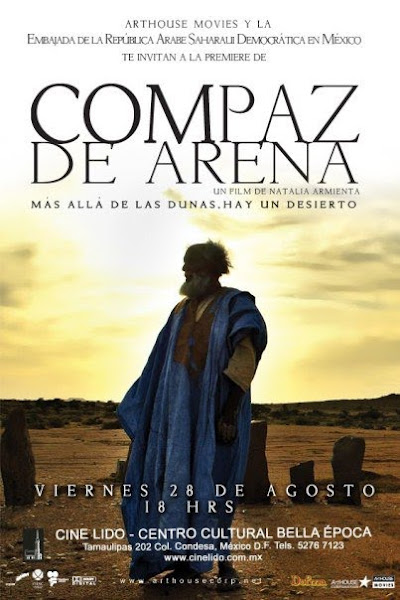 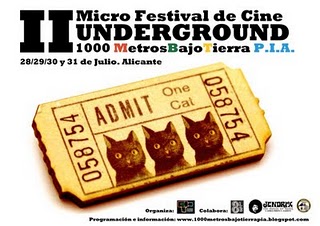 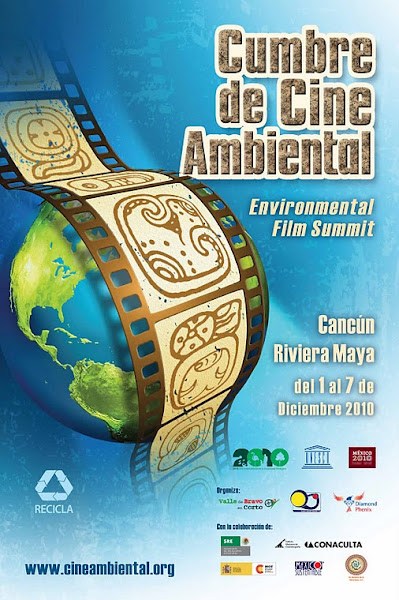